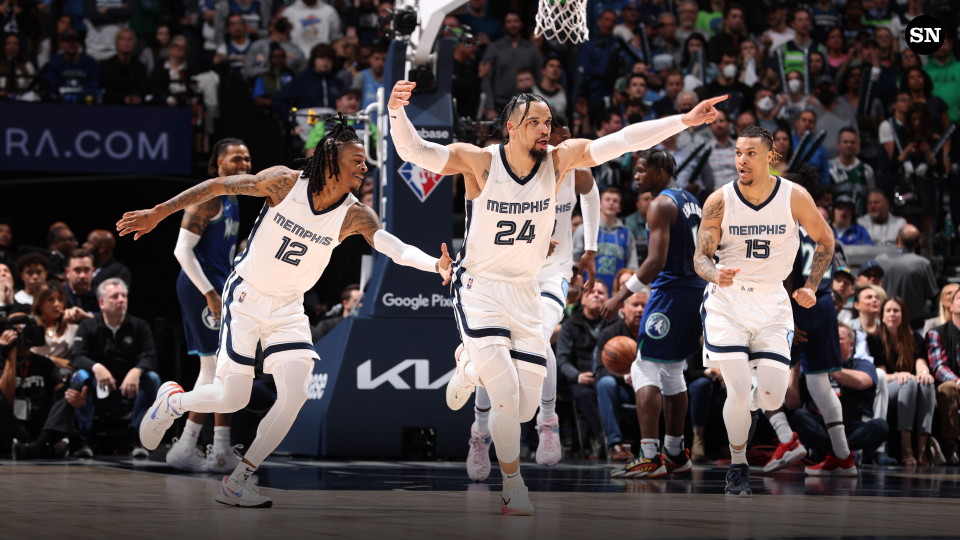 Memphis Grizzlies, American professional basketball team based in Memphis, Tennessee, that plays in the Western Conference of the National Basketball Association (NBA).

The Grizzlies played their first game in 1995 and were originally based in Vancouver as one of the two Canadian expansion franchises (alongside the Toronto Raptors) to join the NBA that year. They were immediately one of the worst teams in the league, winning no more than 19 games in each of their first four seasons and finishing at the bottom of their divisional standings in five of the six years they spent in Vancouver. This prolonged futility took its toll on the Grizzlies’ attendance numbers and profitability, and the team’s ownership moved the franchise to Memphis in 2001 in a bid to increase revenue.

In the newly relocated team’s first draft, it added Spanish forward Pau Gasol, who would go on become the Grizzlies’ first all-star player. The team hired basketball icon Jerry West to serve as general manager in 2002. West quickly turned the team’s fortunes around, and in 2003–04 Memphis won 50 games (a 22-win improvement from the previous season) to earn the first play-off berth in franchise history. The Grizzlies lost in their opening postseason series that year and experienced the same fate in both 2004–05 and 2005–06. Memphis’s successful run was short-lived, and the team fell to a last-place finish in 2006–07. West left the Grizzlies in 2007, and Gasol was traded in 2008 as the team began a rebuilding effort.

Memphis returned to the postseason in 2010–11 behind the play of forwards Zach Randolph and Rudy Gay, and the team proceeded to upset the top-seeded San Antonio Spurs in six games to record its first play-off series victory. In 2012–13 Randolph, Marc Gasol (Pau’s brother), and a young, defensive-minded squad advanced to the conference finals for the first time in team history, where the Grizzlies lost to the Spurs. Memphis continued to qualify for the play-offs in the following years, but the aging roster produced diminishing returns, the team being swept by the Spurs in the 2015–16 play-offs after having posted a 42–40 record in the regular season and putting an NBA record 28 players on the floor over the course of the year because of rampant injuries. During the 2017–18 season the team was beset by injuries to most of its key players and limped to a division-worst 22–60 record.

The Memphis Grizzlies paid homage to their Vancouver roots, bringing out retro blue jerseys and an alternate court design for the game.

The Memphis Grizzlies unveiled a throwback jersey and court combination Saturday against the Lakers. The jerseys were announced back in August, along with another jersey for next season as well. The Vancouver jerseys are part of the Grizzlies’ 25-year celebration. 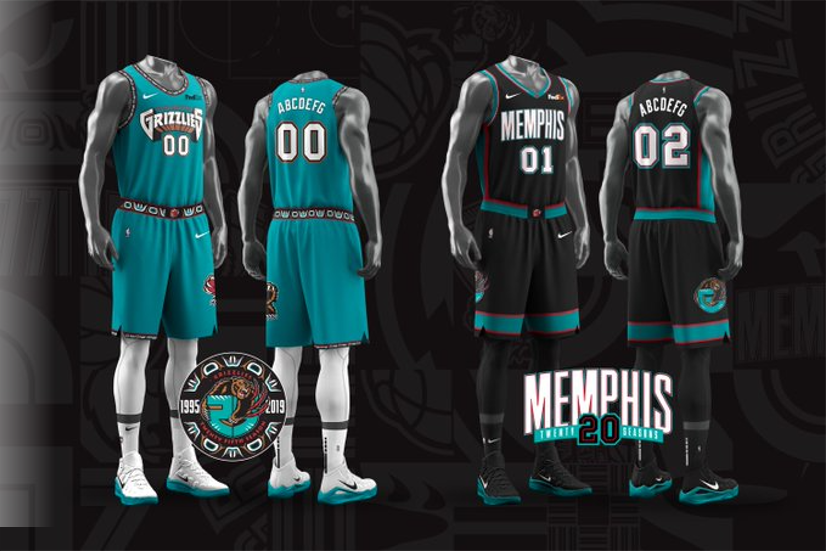 The new versions of the jerseys are identical to the ones worn by the original team. They will not only feature the iconic color palette, but it will also stay true to the original design with the native pattern accepting the edges of the jersey. The original Grizzlies font will be displayed across the chest, with the classic bear logo on the shorts.

The alternate court featured elements from each court that the team played on during the Vancouver and early Memphis eras. The court is two-toned, with the paint slightly darker than the other areas of the court. The “river” down the sideline now highlights the Vancouver and early Memphis logos, representing the team’s current court while connecting past eras of Grizzlies basketball with the present. The original iconic Vancouver bear covers center court.

“The opportunity to connect the history of our franchise over two consecutive seasons deserved a special approach…From the black base and two-toned hardwood to the asymmetry that gives nods to our current design, this floor includes elements from every Grizzlies floor featured in both the Vancouver and early Memphis eras while bridging the past with the present,” said Jason Wexler, Grizzlies Team President.

The Grizzlies lost 109-108 to the Los Angeles Lakers on Saturday. It was the first meeting between the two this season. The Lakers came in on the second night of a back-to-back, while the Grizzlies were fresh off of two days of rest. The loss puts the Grizzlies record at 5-10.