The Brooklyn Nets are an American professional basketball team based in the New York City borough of Brooklyn. The Nets compete in the National Basketball Association (NBA) as a member of the Atlantic Division of the Eastern Conference. The team plays its home games at Barclays Center. They are one of two NBA teams located in New York City; the other is the New York Knicks. The club was established in 1967 as a charter franchise of the NBA s rival league, the American Basketball Association (ABA). They played in New Jersey as the New Jersey Americans during their first season, before relocating to Long Island, New York, in 1968 and changing their name to the New York Nets. During this time, the Nets won two ABA championships (in 1974 and 1976). In 1976, the ABA merged with the NBA, and the Nets were absorbed into the NBA along with three other ABA teams (the San Antonio Spurs, Indiana Pacers, and Denver Nuggets), all of whom remain in the league to this day. 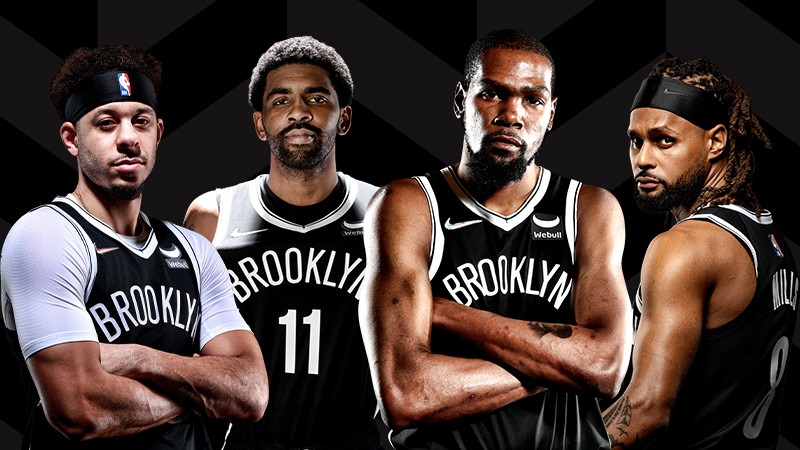 The franchise was founded in 1967 and was known as the New Jersey Americans during its first season. The team began playing its home games on Long Island in the 1968–69 season, which led the team to change its name to the New York Nets. While they advanced to the ABA finals in 1971–72, the Nets failed to finish higher than third place in any of their first six seasons.

The franchise returned to New Jersey in 1977. In 1981 the Nets moved into their new home in the Meadowlands (having played the previous four seasons on the home floor of the Rutgers University basketball team), hired Larry Brown as their head coach (he left after two seasons), and drafted power forward Buck Williams. A tenacious rebounder, Williams was named Rookie of the Year and led the Nets to their first NBA winning record during the 1981–82 season. The Nets qualified for the playoffs that year and in each of the next four, but only once did they win a postseason series during that span, in 1984 when they knocked off the defending NBA champion Philadelphia 76ers. 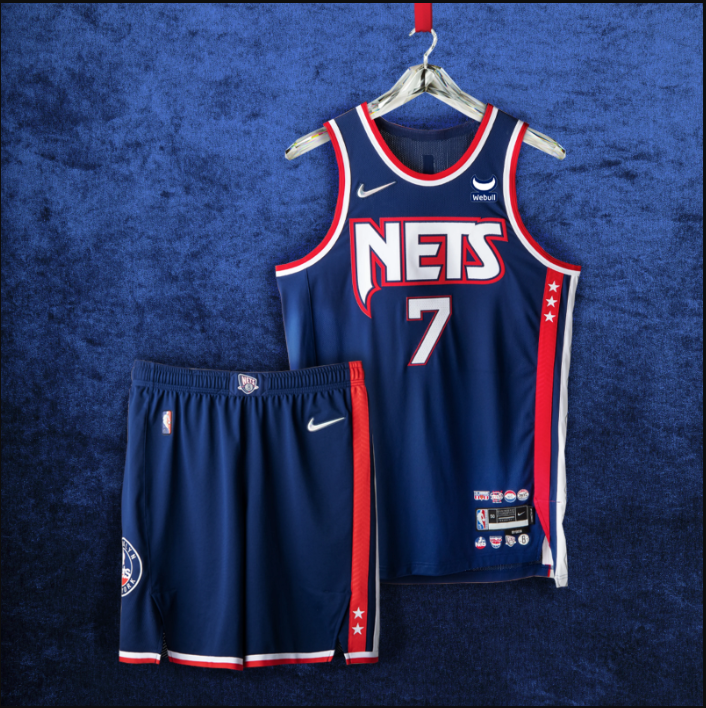 The Nets honored the forerunners that came before them with this new Brooklyn Nets city edition 2021 set, officially announced on Monday. Not only did they manage to combine the Drazen Petrovic-era wordmark across the front along with the early 2000s color scheme and piping down the side, but they featured all eight logos on the bottom left part of the jersey. Simply sublime.

The NBA is clearly leaning on a “Mixtape” theme for their 75th Anniversary, as several teams are mashing elements of jerseys across the decades. The Nets went above and beyond in adhering to that theme, as the amount of detail involved in this jersey is staggering.

In addition to an alternate logo that puts the current “B” basketball logo in the old school, backboard and hoop creation from the New Jersey days, the Nets remixed their traditional logo from back when they first transitioned from the ABA to the NBA, swapping out a map of New Jersey for a map of Brooklyn. Nice touch.

While they have had some missteps in the past (looking at you, Brooklyn Bridge-inspired jersey), this team has had a history of unveiling some really impressive Brooklyn Nets city edition 2021 jerseys. 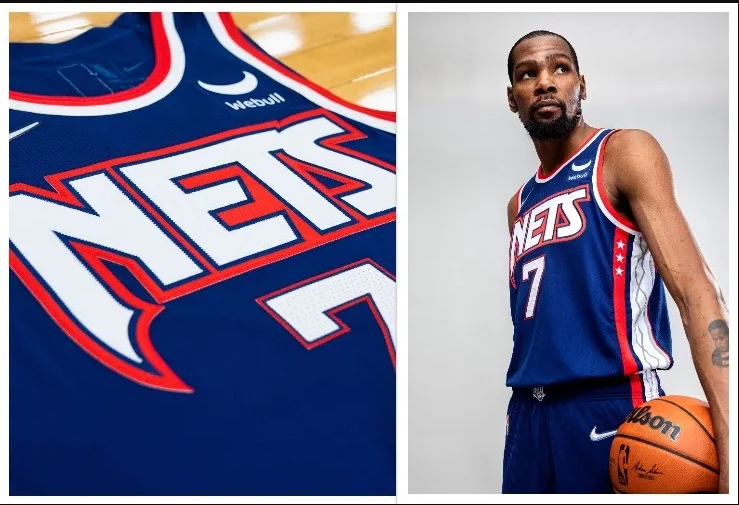 Their Jean-Michel Basquiat jerseys from last year made frequent appearances, and their Biggie Smalls-inspired Coogi uniforms were so popular the Nets even made a white alternate the following year that paid homage to Bedford-Stuyvesant.

While the Nets may be in Brooklyn, a large chunk of this fanbase remains in New Jersey, and it’s nice to see the team not only acknowledge the fans that they have across state lines, but lean into their nostalgia with some nice new threats.

However, we’re not at a Paris fashion show, and Brooklyn needs to start reeling off a few victories in these jerseys if they want to have staying power.

Whether you are a fan of Denver Nuggets or a player in the team, there is no better option than a brooklyn nets city edition 2021 jersey to show your love and support. If you are looking for a Kevin Durant Brooklyn jersey or a new Kyrie Irving Brooklyn jersey, look no further. Thejerseys is the best source for all the brooklyn nets city edition 2021 that you want. Take your pick here.