The Boston Celtics are an American professional basketball team based in Boston. The Celtics compete in the National Basketball Association (NBA) as a member of the league s Eastern Conference Atlantic Division. Founded in 1946 as one of the league s original eight teams, the Celtics play their home games at TD Garden, which they share with the National Hockey League (NHL) s Boston Bruins. The Celtics are regarded as the most successful basketball team in NBA history; the franchise has won the most championships in the NBA with 17 (accounting for 23.9 percent of all NBA championships since the league s founding), and currently hold the record for the most recorded wins of any NBA team 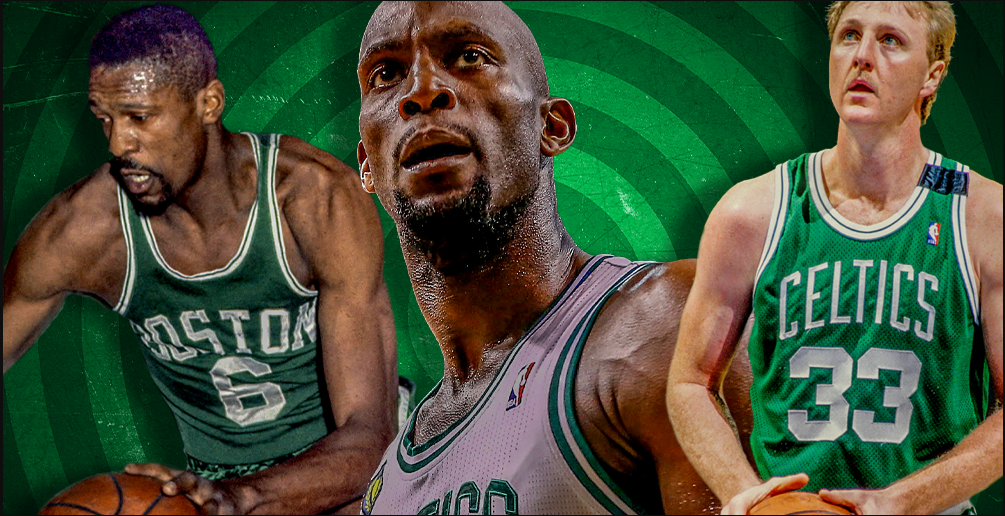 Boston Celtics is an American professional basketball team based in Boston, Massachusetts.Boston Celtics is one of the most successful franchises in sports history. The Celtics hold the record for winning the most NBA championships in history with 17, followed closely by the Lakers at 17. Although the team was established in 1946, the Celtics did not win their first championship until 1957. However, after their first win against the St. Louis Hawks, it was hard to stop the Celtics. From 1957 through 1969, the team won a total of eight NBA championships.

In 1978, the Celtics acquired Larry Bird who would become one of the most beloved Celts in history. Bird led the Celtics- along with Robert Parish, Kevin McHale, and Dennis Johnson -to the NBA Finals five times in the 1980s, with their last win in 1986.

With such a high rate of success, the Celtics didn’t see a long streak of losses until the mid-1990s. Their luck didn’t turn around until 2007 with key players Kevin Garnett, Ray Allen, and Paul Pierce. After nearly 10 years of not making it into the NBA finals, the Celtics turned it around and won their 17th NBA championship.

Boston Celtics is looking to capture 75 years of winning with its new City Edition uniforms for the 2021-22 season. 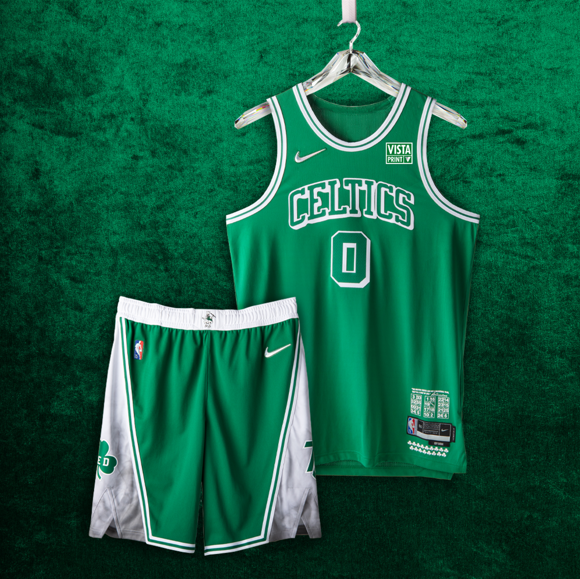 The uniforms, which were revealed Monday, are covered with nods to Boston’s 17 NBA titles and all of the all-time greats that have donned a Celtics uniform over the years.

The new jersey features elements from three different decades. The solid green base and white outlined wordmark and number scheme are reminiscent of the team’s 1949 uniforms. The back of the jersey features a white nameplate block below the player’s jersey number, which is a nod to the team’s iconic 1988 warmup jackets. The taping around the arms and neck replicates the team’s 1965 uniform.

The highlight is on the bottom of the jerseys though. There are 17 shamrocks located on the bottom left above the jocktag of the jersey, each of which is labeled with the year of a Celtics championship season. The many legends that have worn a Celtics uniform are also highlighted, with three replica banners containing the 24 player numbers and names that have been retired by the organization.

The unis would be nothing without some sweet shorts, and the new City Edition getups certainly have some sweet shorts. Inspired by the team’s inaugural uniform design in 1946, Boston’s City Edition shorts feature a wide venting shape on both sides. The 75th anniversary commemorative logo rests on the left short panel, while a Celtics shamrock is featured on the right short panel with the name ‘RED’ — serving as a tribute to the winningest coach in franchise history. To top it all off, there is a vintage “Lucky the Leprechaun” logo from the 1960s located at the center of the belt buckle.

The Celtics did most of their championship collecting in the 1960s, a decade that included seven straight championships for Boston from 1960 to 1966.

Celtics fans won’t have to wait too long to see the new unis in action. Boston will debut its 2021-22 City Edition uniform on Nov.12 when the Celtics host the defending-champion Milwaukee Bucks at TD Garden.