The Golden State Warriors are an American professional basketball team based in San Francisco. The Warriors compete in the National Basketball Association (NBA), as a member of the league's Western Conference Pacific Division. Founded in 1946 in Philadelphia, the Warriors moved to the San Francisco Bay Area in 1962 and took the city's name, before changing its geographic moniker to Golden State in 1971.They play their home games at the Chase Center. The Warriors won the inaugural Basketball Association of America (BAA) championship in 1947, and won again in 1956, led by Hall of Fame trio Paul Arizin, Tom Gola, and Neil Johnston. After a brief rebuilding period after the trade of star Wilt Chamberlain, the team moved to San Francisco. In 1975, star players Jamaal Wilkes and Rick Barry powered the Warriors to their third championship, largely considered one of the biggest upsets in NBA history. 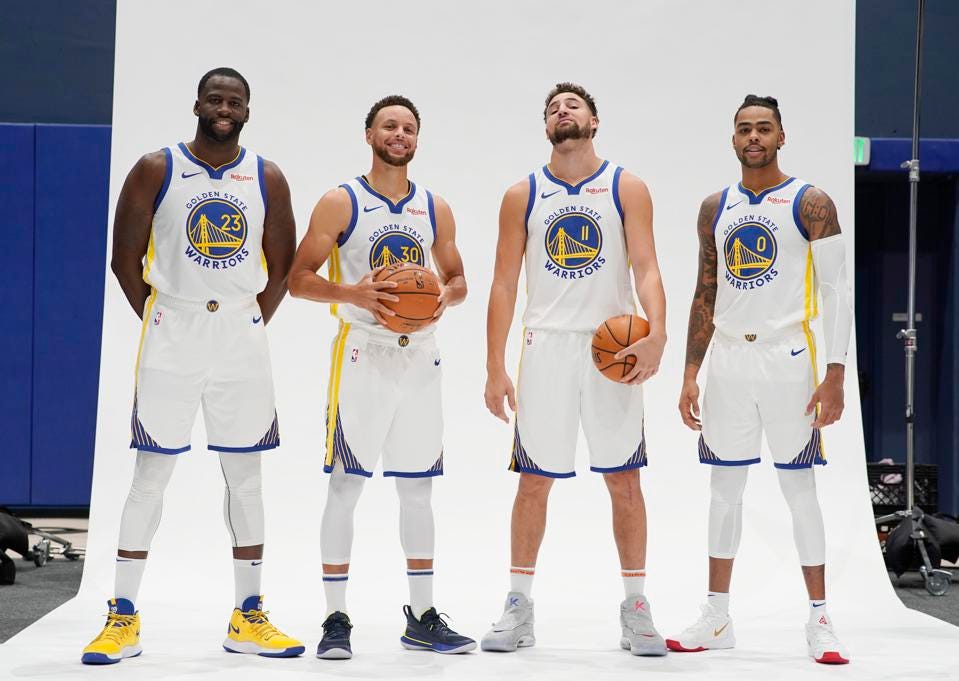 The Golden State Warriors are an American professional basketball team based in Oakland, California. The Warriors compete in the National Basketball Association (NBA) as a member club of the league’s Western Conference Pacific Division. The team was established in 1946 as the Philadelphia Warriors based in Philadelphia, Pennsylvania, and a founding member of the Basketball Association of America (BAA). In 1962, the franchise relocated to the San Francisco Bay Area and was renamed the San Francisco Warriors. In 1971, the team changed its geographic moniker to Golden State, California’s state nickname. Since 1972, the team’s home court has been the Oracle Arena in Oakland. The team is nicknamed the “Dubs.” 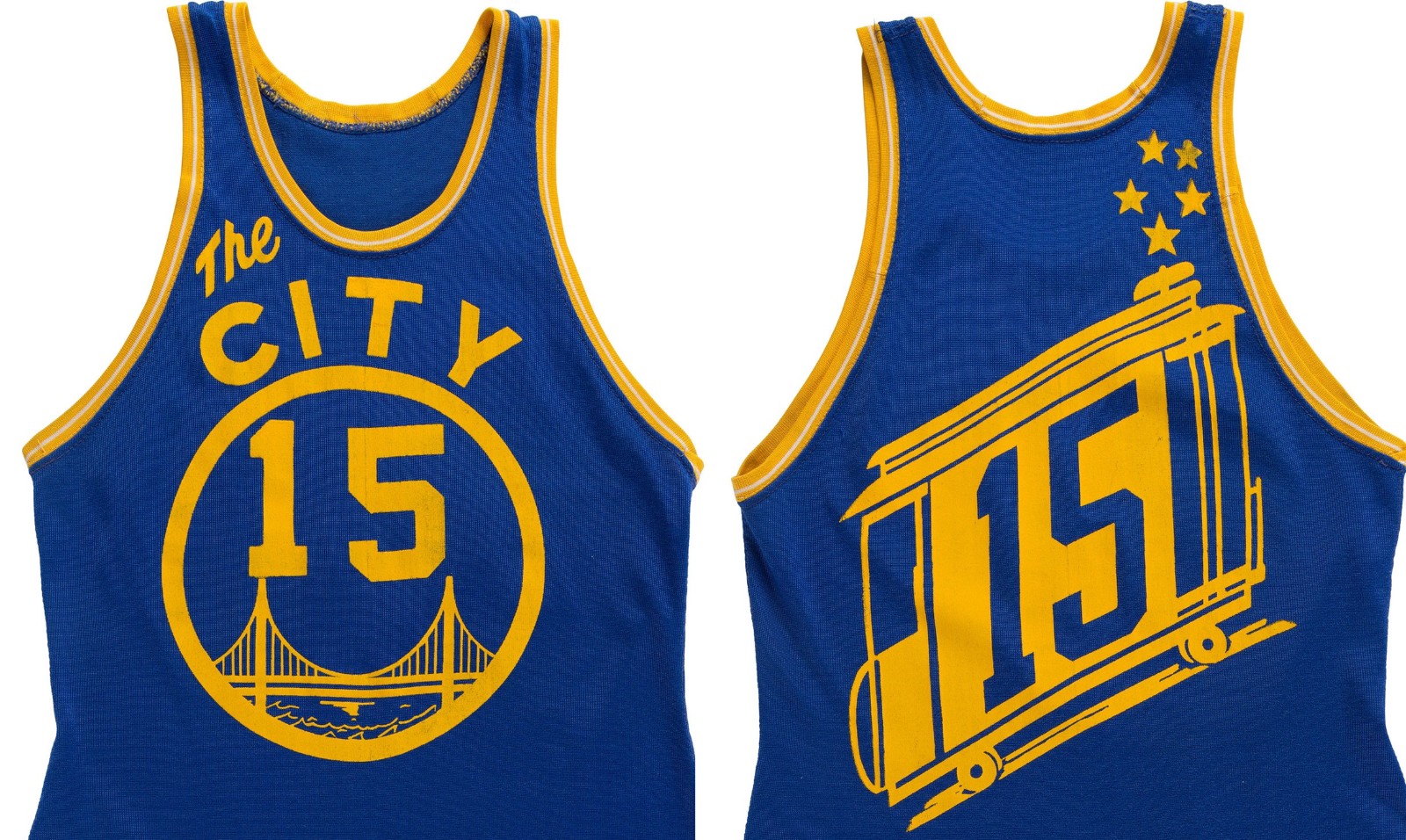 The Golden State Warriors are currently in the midst of an epic golden age. The Dubs are appearing in the NBA Finals for a fourth consecutive year and the team stands atop the list of most popular merchandise sold by the Association. Stephen Curry jerseys are a ubiquitous presence from coast-to-coast, outselling those of all other players. These familiar blue and gold uniforms are updated versions of ones that were first worn more than half a century ago, a set that ranks as one of the most distinctive looks in sports history.

Those uniforms garnered attention from the moment they were unveiled, on September 30, 1966, when the team was still known as the San Francisco Warriors.

The fronts of the Golden State Warriors city jersey featured a large circle, a stylized Golden Gate bridge nestled within, player number notched in atop the bridge. There are abstract waves underneath said bridge. Arcing around the top perimeter of the circle is “The CITY,” a novel identifier for the City by the Bay’s NBA team. The backs of the uniforms did not disappoint either, incorporating a unique design that featured a cable car, skewed upward, player number within, ascending toward five stars.

Al Attles, a key player on the 1966-67 squad and head coach of the 1974-75 world championship team, told the NBA that "(they) had the bridge on the front with the words The City and a cable car on the back... Imagine, we’re in New York, people from New York consider it the Big Apple, The City…I don’t know if it was intentional or not, but nobody wanted to be the first to take the jacket off. Finally, we take the jackets off and I’ll be darned if we don’t get a standing ovation from the New York crowd."

In an era of conservatively styled NBA uniforms, these stood out. The Cincinnati Enquirer helpfully provided a bulleted list of "key(s) to deciphering the hieroglyphics" on the team’s new togs. Others called the Warriors "the Bay City Billboards" and "the Jumping Signmen."

The 1966-67 Warriors won the NBA's Western Division, but lost to the Philadelphia 76ers in the Finals. The "City" uniforms were revived as part of the NBA's Hardwood Classics program in 2003 and the current primary look has been a mainstay since 2010.

In November 2017 the Warriors debuted a new uniform, one that celebrated Oakland, the team's longtime home. The jerseys make a bold, unforgettable statement that parallels their ancestral look of a half century ago, with "THE TOWN" placed atop a circular representation of Oakland's city logo. In 2019 the team will once again call San Francisco home as they head west across the Bay to the new $1 billion Chase Center. Whether their uniforms will read "The CITY" remains to be seen, but there’s no denying the originality and the visual appeal of the originals.