The Phoenix Suns are an American professional basketball team based in Phoenix, Arizona. The Suns compete in the National Basketball Association (NBA), as a member of the league s Western Conference Pacific Division, and are the only team in their division not based in California. Shop Phoenix Suns city edition jersey at Thejerseys to be a standout Suns fan right now. 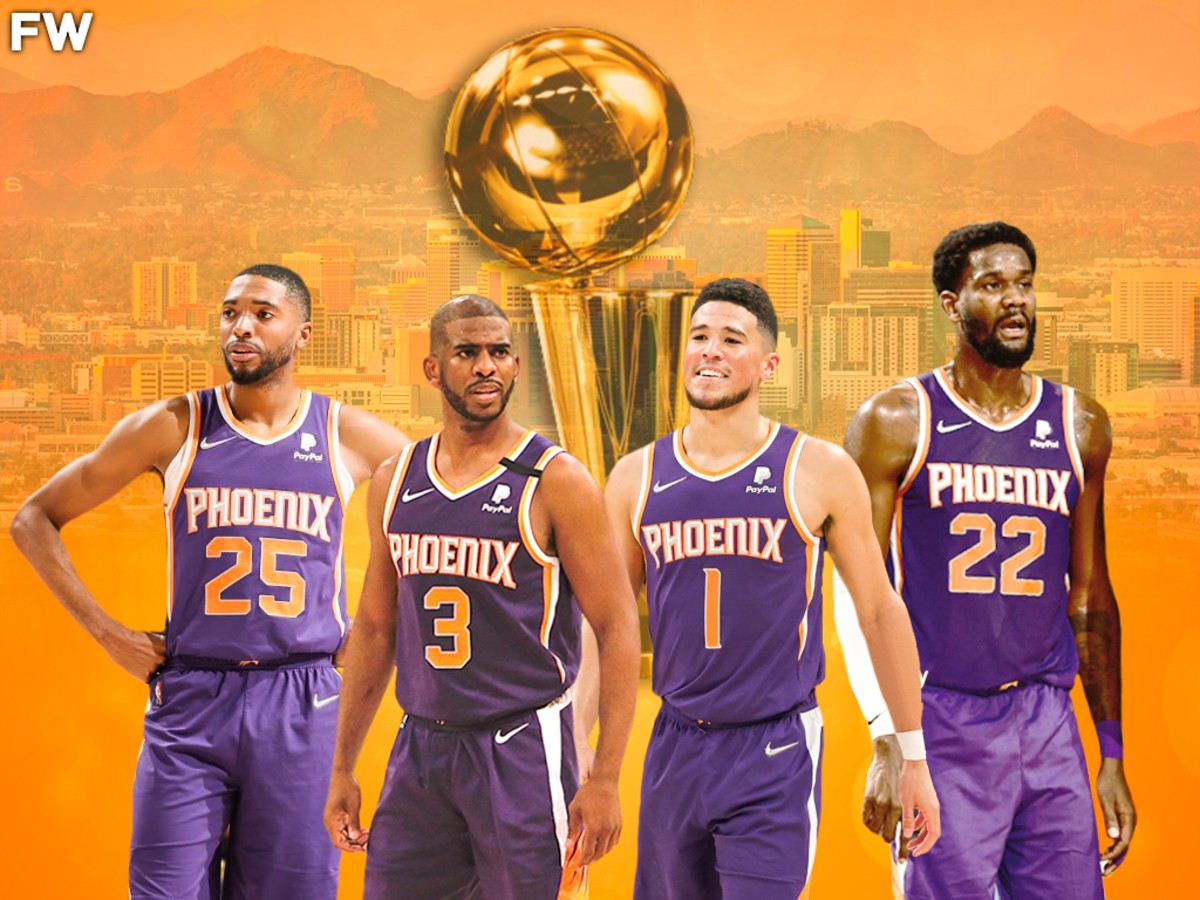 The Phoenix Suns are an American professional basketball team based in Phoenix, Arizona. The Suns compete in the National Basketball Association (NBA) as a member team of the league’s Western Conference Pacific Division, and are the only team in their division not to be based in California. Since 1992, the Suns have played their home games at Talking Stick Resort Arena in downtown Phoenix.

The Suns began play as an expansion team in 1968. The franchise owns the NBA’s fourth-best all-time winning percentage, winning 55 percent of its games, as of the end of the 2014-2015 season. In 47 years of play, they have made the playoffs 29 times, posted 19 seasons of 50 or more wins, made nine trips to the Western Conference Finals, and advanced to the NBA Finals twice, in 1976 and 1993. As a result, based on their all-time win-loss percentage, the Suns are the team with the highest winning percentage to have never won an NBA championship.

The Phoenix Suns have had a wide array of creative designs on their uniforms over the years. Whether it be the iconic “sunburst” throwbacks, the retro expansion “western font” uniforms or any of their blindingly bright orange kits, the creativity has been mostly consistent throughout the years.

The purple and orange color scheme has remained a longtime staple for the Suns, along with the home white uniforms with the aforementioned colors blended in. There have been some color scheme additions (good and bad) over the years, and they haven’t changed their uniforms all that often in the grand scheme of things.

From 1968 until 2000 the Suns had only two sets of uniforms they had ever used in the “original” western expansion sets and the “sunburst” look. In 2001 they finally made their third change in franchise history, which offered a uniform set that was mostly remembered from the Steve Nash era.

Back in 1994, the Suns unveiled their first black uniform of all-time, which was the alternate road black sunburst that many fans have adored over the years.

Fun fact: Ring-of-Honor member Dan Majerle is the only player in franchise history to wear the team’s first three uniform styles. This was made possible by his second stint in Phoenix (and final year of his career) coming in the 2001-2002 season.

The first ever “all-orange” jersey in franchise history debuted in 2003, when it was introduced as an alternate uniform.

In 2013-2014, Phoenix released a new set of uniforms that were inspired by the classic sunburst. They had a very nice balance of a modern feel and nostalgia to them. This may surprise people, but ESPN’s Paul Lukas ranked the Suns uniforms from this era as the 9th best in NBA history back in 2017.

Fast forward to the uniforms they have today, and they are partnered with Nike and boast the white “association” jersey, the “icon” purple, and the orange “statement” jersey.