The Toronto Raptors are a Canadian professional basketball team based in Toronto. The Raptors compete in the National Basketball Association (NBA) as a member of the league s Eastern Conference Atlantic Division. They play their home games at the Scotiabank Arena, which they share with the Toronto Maple Leafs of the National Hockey League (NHL). The team was founded in 1995 as part of the NBA s expansion into Canada, along with the Vancouver Grizzlies. Since the 2001–02 season, the Raptors have been the only Canadian-based team in the league, as the Grizzlies relocated from Vancouver to Memphis, Tennessee. 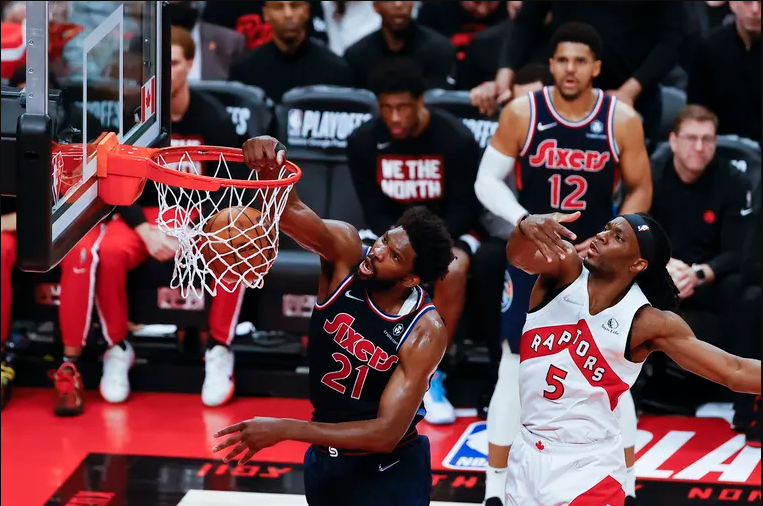 The Toronto Raptors are a Canadian professional basketball team based in Toronto, Ontario. The Raptors compete in the National Basketball Association (NBA), as a member club of the league’s Eastern Conference Atlantic Division. The team was established in 1995, along with the Vancouver Grizzlies, as part of the NBA’s expansion into Canada. When the Grizzlies relocated to Memphis, Tennessee to become the Memphis Grizzlies in 2001, the Raptors became the only Canadian-based team in the NBA. They originally played their home games at the SkyDome (since renamed Rogers Centre in 2005), before moving eastward along Bremner Boulevard to the Air Canada Centre in 1999.

The Toronto Raptors might have become champions over the last few seasons, but their debut look in the late 1990s remains one of the NBA’s most iconic looks.

The bright purple and jet black combination really pops, as does the gigantic dribbling dinosaur on the front of their jerseys, their perfectly of its time wordmark across the chest, and their unusual black bar nameplate on the back was just as iconic.

While Toronto’s new red-heavy look is certainly a cleaner uniform, there’s just something about that old-school style that has a unique charm to it.

Why not try to bring that look back by adding some cool Raptors swag to your collection? 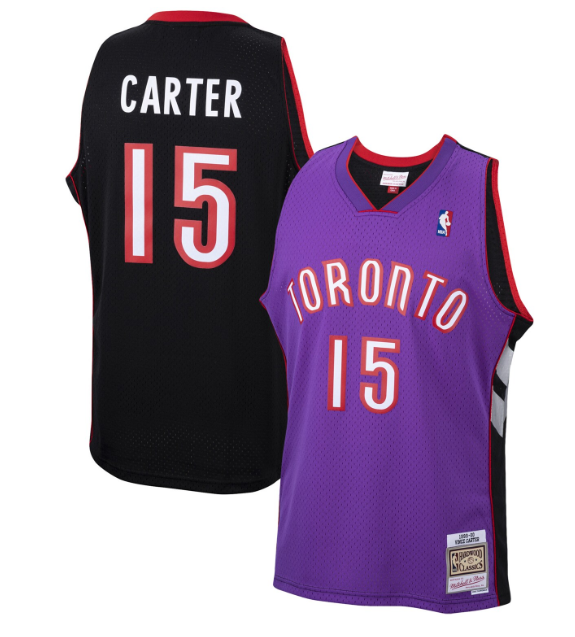 While the Raptors ditched the giant dino on the front after a few seasons, that didn’t mean that they went for an understated look. Toronto’s next jersey was a two-tone affair that was purple with red accents on the front and black on the back.

Why not pick up the same jersey that Vince Carter used to shock the world in the 2000 Dunk Contest?