Michael Jeffrey Jordan (born February 17, 1963), also known by his initials MJ, is an American businessman and former professional basketball player. He played fifteen seasons in the NBA, winning six NBA championships with the Chicago Bulls. Jordan is the principal owner and chairman of the Charlotte Hornets of the NBA and of 23XI Racing in the NASCAR Cup Series. His biography on the official NBA website states: "By acclamation, Michael Jordan is the greatest basketball player of all time." 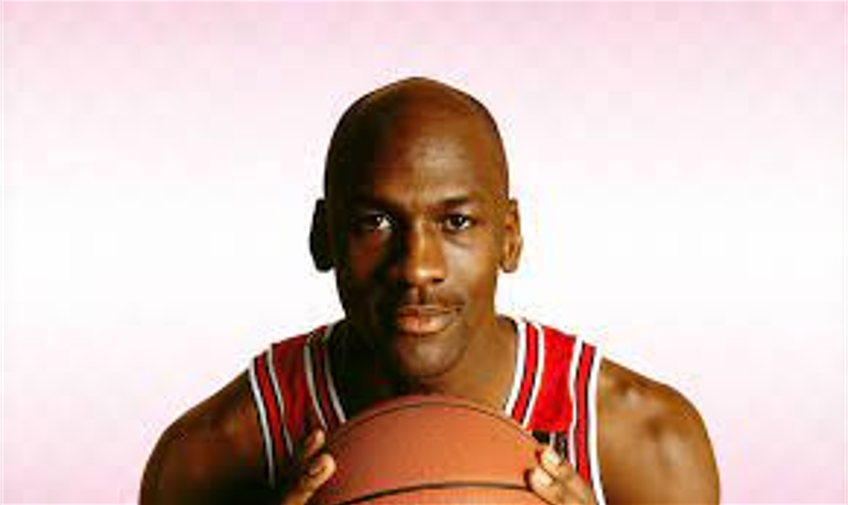 Michael Jordan was born on February 17, 1963, in Brooklyn, New York, one of James and Deloris Jordan's five children. The family moved to Wilmington, North Carolina, when Michael was very young. His father worked as a General Electric plant supervisor, and his mother worked at a bank. His father taught him to work hard and not to be tempted by street life. His mother taught him to sew, clean, and do laundry. Jordan loved sports but failed to make his high school basketball team as a sophomore. He continued to practice and made the team the next year. After high school he accepted a basketball scholarship to the University of North Carolina, where he played under head coach Dean Smith.

In Jordan's first season at North Carolina he was named Atlantic Coast Conference (ACC) Rookie of the Year for 1982. The team won the ACC championship, and Jordan made the clutch jump shot that beat Georgetown University for the championship of the National Collegiate Athletic Association (NCAA). Jordan led the ACC in scoring as a sophomore and as a junior. The Sporting News named him college player of the year for both years. He left North Carolina after his junior year and was selected by the Chicago Bulls of the National Basketball Association (NBA) as the third pick of the 1984 draft. Before joining the Bulls, Jordan was a member of the Summer 1984 United States Olympic basketball team that won the gold medal in Los Angeles, California. 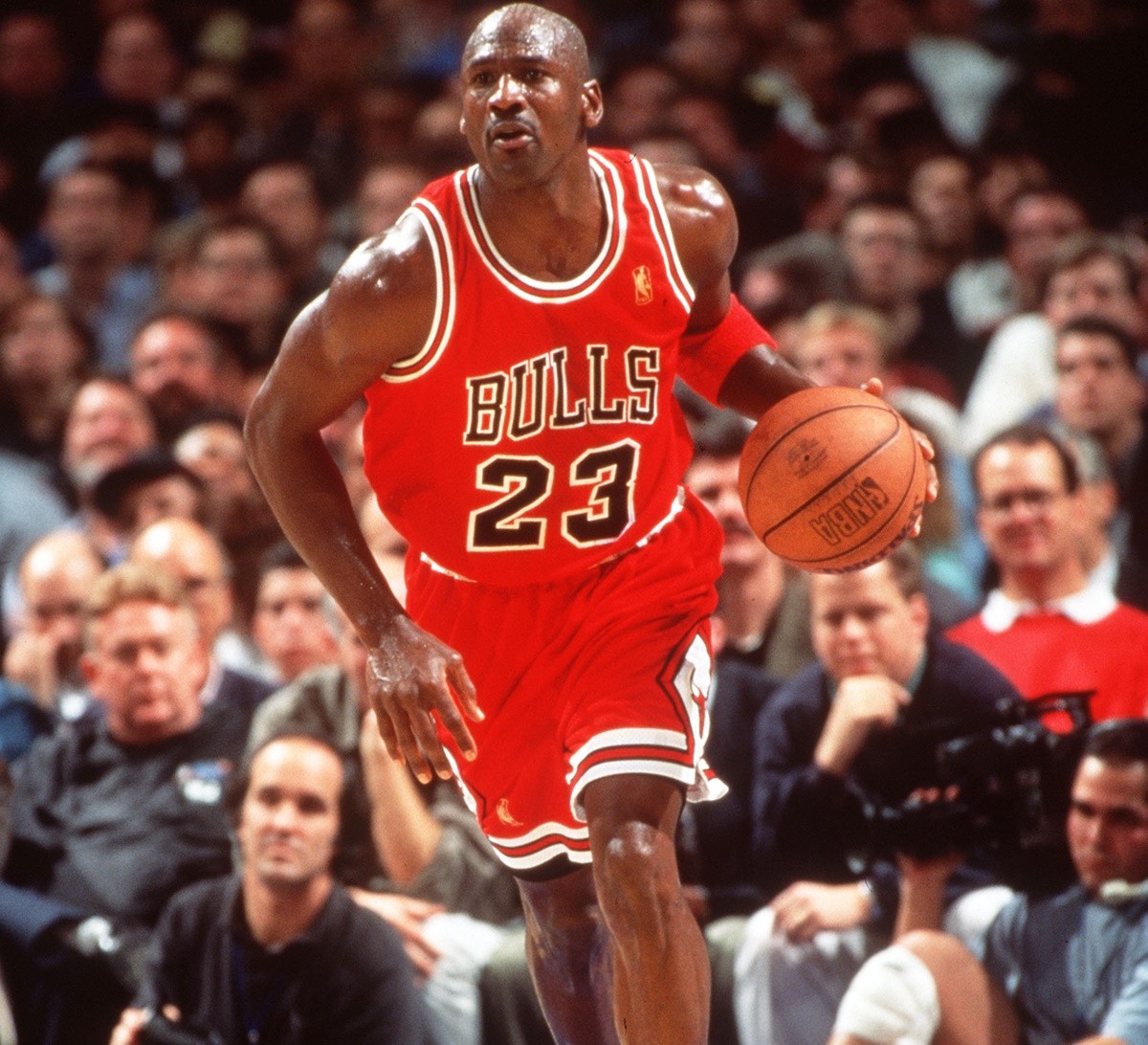 Jordan began his professional basketball career when he was drafted by the Chicago Bulls in 1984. He was the third overall pick, behind Hakeem Olajuwon, who was selected first by the Houston Rockets, and Sam Bowie, taken by the Portland Trail Blazers; the draft also featured legendary players John Stockton and Charles Barkley.

Jordan soon proved himself on the court. He helped the team make the playoffs and scored an average of 28.2 points per game that season. For his efforts, Jordan received the NBA Rookie of the Year Award and was selected for the All-Star Game.

While his second season was marred by injury, he was breaking new ground on the court during the 1986-87 season. He became the first player since Wilt Chamberlain to score more than 3,000 points in a single season.

By the late 1980s, the Chicago Bulls were quickly becoming a force to be reckoned with, and Jordan was an instrumental part of the team's success.

The Bulls made it to the Eastern Conference Finals in 1990 and won their first NBA championship the following year by defeating the Los Angeles Lakers. Jordan was well known by then for his superior athleticism on the court and for his leadership abilities.

In 1992, the Chicago Bulls beat the Portland Trail Blazers to win their second NBA championship. The team took their third championship the following year, dominating in the basketball world.

Following a short stint in minor league baseball, in March 1995 Jordan returned to the basketball court for the Chicago Bulls. He came back even stronger the following year, averaging 30.4 points per game to lead the Bulls to a then-record 72 regular-season wins before they defeated the Seattle SuperSonics for the NBA championship.

Chicago nearly matched the previous year's record with 69 wins in 1996-97, a season that ended with a game six win over the Utah Jazz in the NBA Finals. The two teams faced each other again for the championship in 1998, with Jordan sinking the winning shot in Game 6 to claim his sixth NBA title. 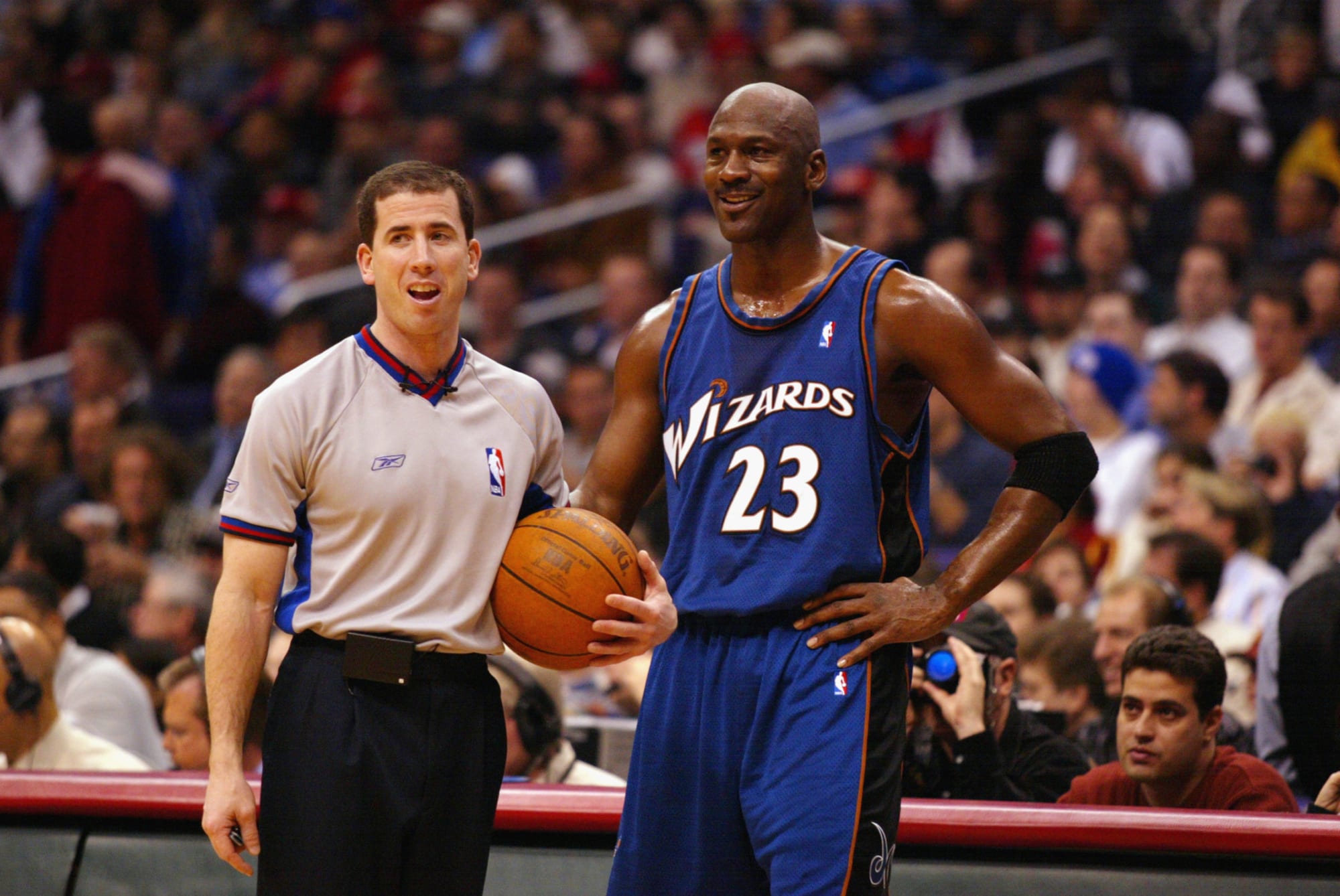 After his second retirement from basketball in 1999, Jordan joined the Washington Wizards in 2000 as a part owner and as president of basketball operations.

In the fall of 2001, Jordan relinquished these roles to return to the court once more. He played for the Wizards for two seasons before retiring for good in 2003.

In April 2009, Jordan received one of basketball's greatest honors: He was inducted into the Naismith Memorial Basketball Hall of Fame. Attending the induction ceremony was a bittersweet affair for Jordan because being at the event meant "your basketball career is completely over," he explained.

In 2016, Jordan was presented with the Presidential Medal of Freedom by President Barack Obama.